How much pipe relining costs and factors defining it?

If you are thinking of how much does Pipe relining costs, there are a lot of factors to consider. The logical way to price pipe relining is on a per metre basis.

The customers prefer per metre pipe relining caused due to this reason but it makes perfect sense to look at metres before the other factors are surveyed like diameter and junctions. Wherever possible this is how the pipe relining costs basis is formed and also there is a minimum charge in a place like at The Relining company.

Because of smaller pipe relining jobs, setting up the equipment becomes a factor and due to this, the lowest inversion price applies to pipe repair along shorter sections. It takes the technicians a couple of hours to set up their equipment, no matter how small the relining repair is.

The pricing structure is based on many different aspects that differ from job to job. Some factors are universal, and they are the ones to do with Pipe diameters, and sizes, lengths, bends and junctions. When it comes to pipe relining, cost estimates are based on other city-centric factors also like access and whether any area is required to be excavated.

One of the most significant factors in pricing the pipeline job is the diameter of any section that requires to be repaired. The larger the pipe the more liner, resin, and time are needed and higher is the cost. When the pipe is big, everything else is influenced by it. Materials cost more, equipment needs to get bigger, cuts take longer also. The average cost to reline the pipe increases with the diameter but that is not the only factor to consider.

Length of pipe and number of bends

the effective length directly translates to how the cost of relining sewer pipe works out. In terms of materials for pipe relining, both the length and diameter affects the cost. Also, remember that prices for traditional repair get higher when big pipes are needed to be replaced along long stretches and can exceed the cost of no dig pipe repair methods.

The number of bends in the area also influences the final cost for pipe relining. Because more liner and resin is required to complete the job than working on a largely straight run.

the cost of pipe relining is also affected by the number of junctions. Once the new pipelining is installed, it is required to reinstall junctions and inspection points along the route. The biggest advantage of pipe relining is that the access points and intersections can be left mostly intact, that means reusing large parts of the sewer and drain infrastructure and reducing the cost and destruction of property and life.

For this to happen remove sections of the new resin pipeliner within maintenance holes and junctions. It increases the overall price of the pipe relining, it is more affordable than excavating and reinstating the access points from scratch.

For the best pipe relining cost and the highest standards of service, you have to choose the best pipe recliners and save. The drains and sewers take a lot of stick, it is a tough environment for pipes. The products must be durable and reliable enough to handle that and the company must aim to provide the best job for the lowest price every time. 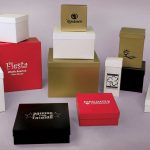 Previous Story
Getting It Right With Your Box Customization
→ 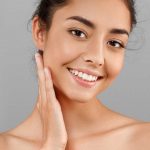